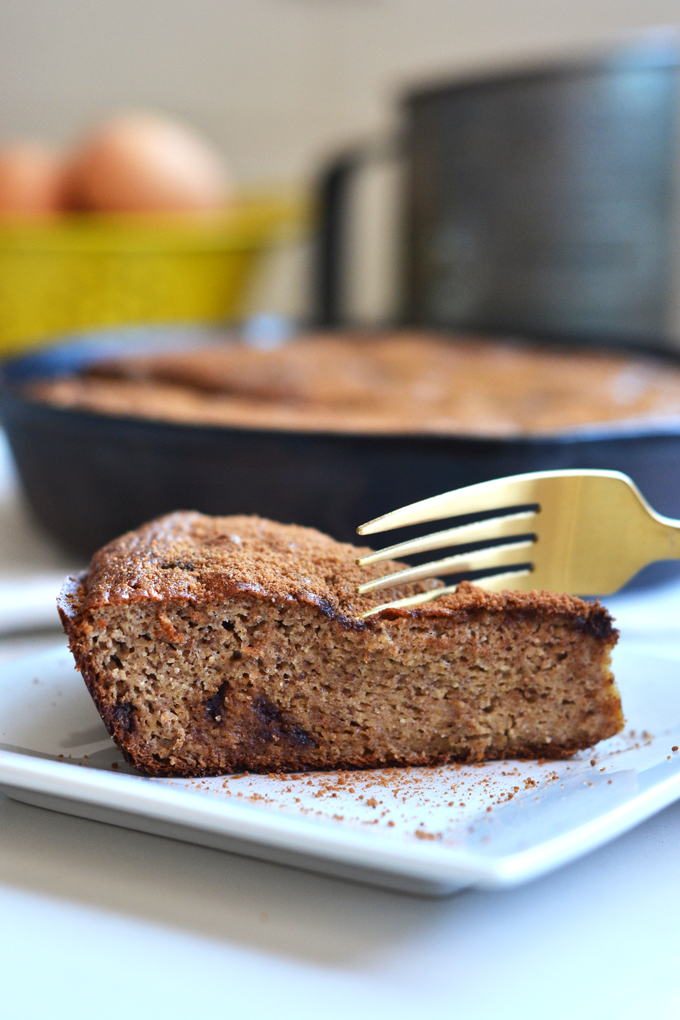 Cake being served right in the skillet, what a fabulous time to be alive!!  This Churro Banana Bread Skillet Cake came from a place deep in my heart that loves ALL things coated in cinnamon sugar.  I think it was my years of eating cinnamon sugar on butter on toast growing up, or my desire to scarf cinnamon toast crunch whenever my mom would let us have it in the house.  I have always been a fan of cinnamon sugar pretzels too, because WHY NOT?  To sum up, sugar + cinnamon on bread = HEAVEN.  And in recent years with my clean eating habits I have been terrible to myself by not eating much cinnamon sugar anything.  Don’t get me started on the fact that we went to Disneyland during Whole30 and watched everyone else eat Churros.  SO I decided it was really ridiculous that I hadn’t had much of this goodness considering cinnamon is great for you and coconut sugar is a best friend of mine.  The two come together in this cake so beautifully!

The secret to this Churro Banana Bread Skillet Cake…

Cinnamon Chips!  Yep, I googled how to make cinnamon chips – (fyi it calls for corn syrup, white sugar, vegetable shortening and cinnamon) and I flipped the recipe my way – honey, coconut sugar, coconut oil, cinnamon and added vanilla too!   And what do ya know, DELICIOUS!! I made these chips then tossed them in my grain free banana bread recipe, cooked it in a skillet and topped it with more cinnamon coconut sugar for the best DANG cake you’ll ever have. 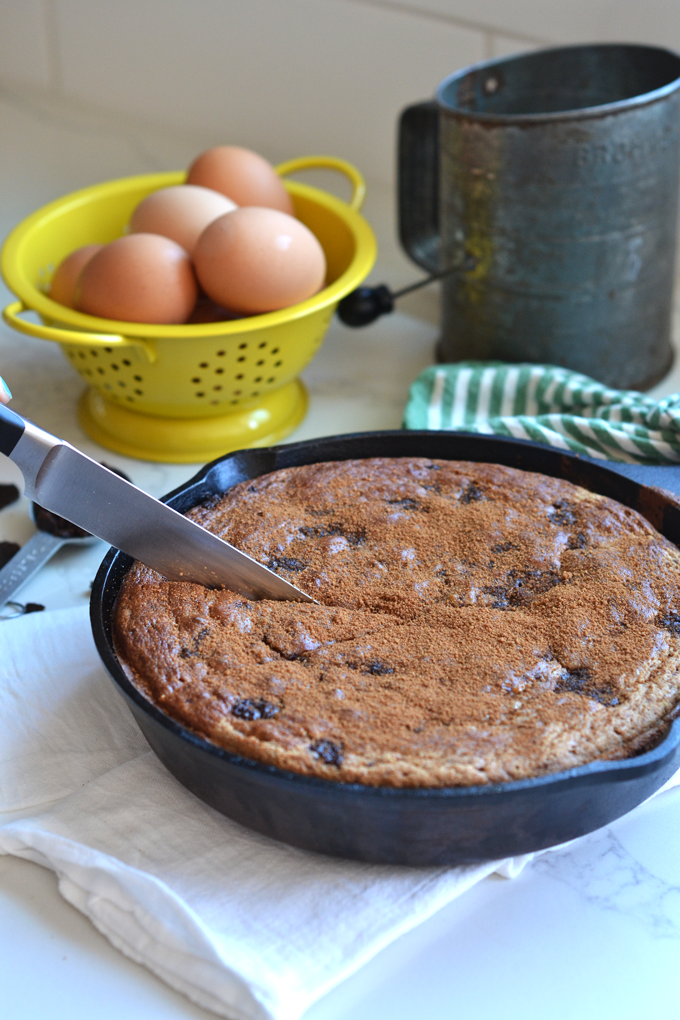 Look at those pockets of cinnamon chip goodness!! I think this dish it perfect for easter or any gathering where people love delicious food… 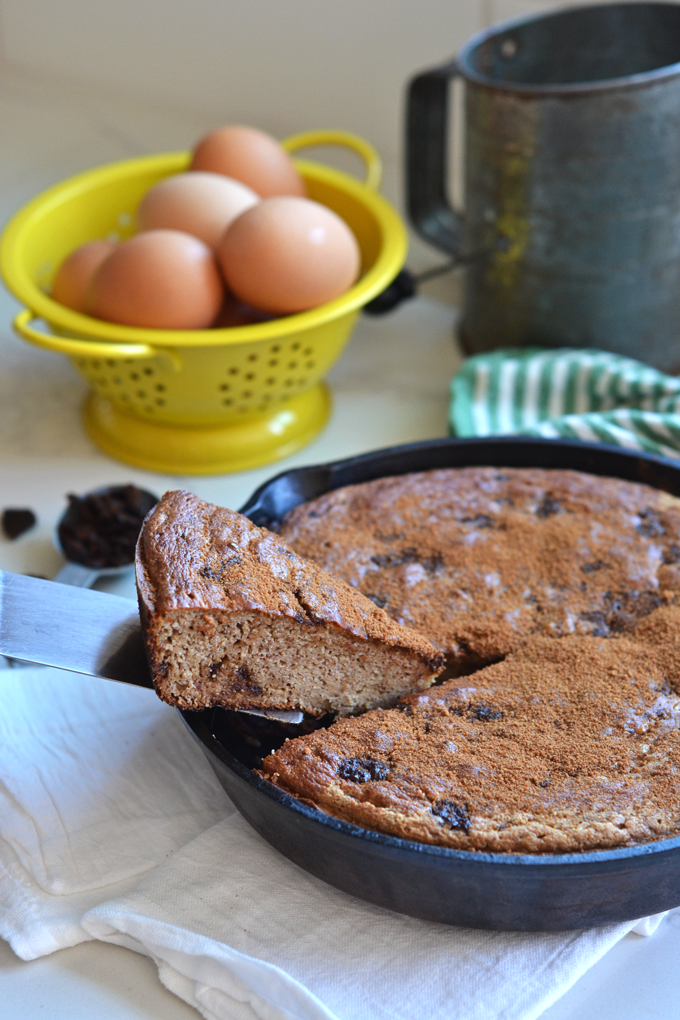 How fun are GIFs?

Cinnamon and Banana is the best combo around, here are a few other recipes for you to try:

We are participant in the Amazon Services LLC Associates Program, an affiliate advertising program designed to provide a means for us to earn fees by linking to Amazon.com and affiliated sites.
breakfast dessert Diet littlebitsof Meal oven Recipes vegetarian