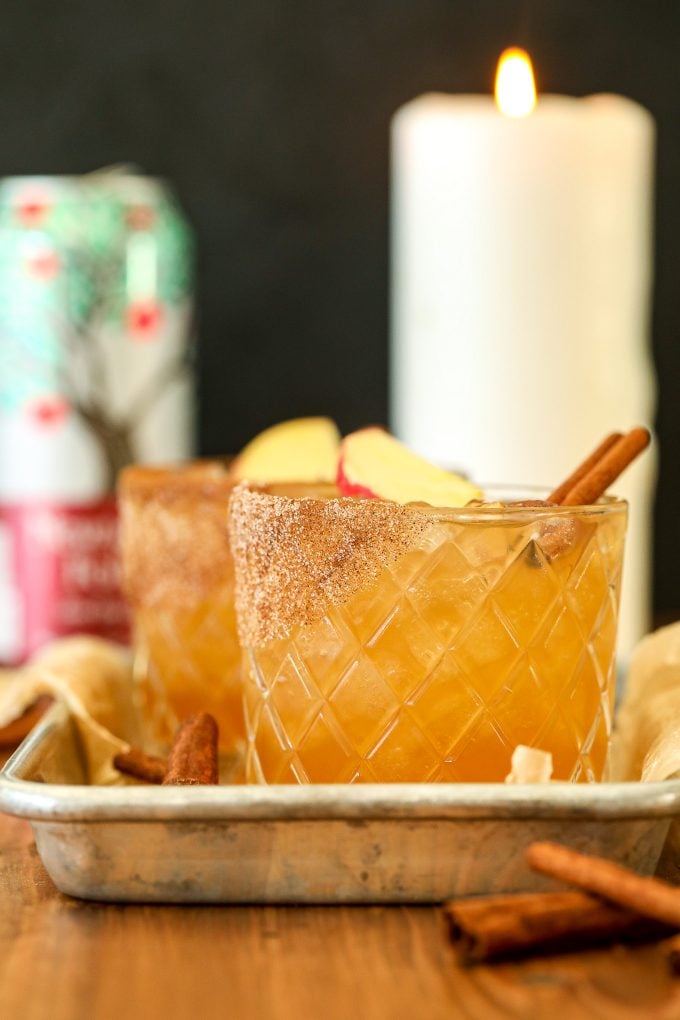 You know it was about time for a fall cocktail!  I made this recipe a few weeks ago and we have made them multiple times since!   Bourbon is just necessary when October rolls around and of course it pairs perfectly with the apple and maple flavors of fall.  There is also a dash of ginger flavor through the maple ginger syrup that sweetens the drink.  Once we had the syrup and the other ingredients it was hard to say no to making it, especially now that we have seen some chilly weather for southern California!  And yes by chilly I mean a high of 65.  The syrup is super easy to make, you just combine maple syrup, water and ginger in a pan and boil it, then let it cool and strain!  Like honey syrup is my go-to sweetener for most cocktails, this maple ginger version is now a staple for fall drinks.  Also would be epic in a chai tea latte situation.  Also can we talk about a cinnamon sugar rim?  It is just perfect and makes it way to easy to drink.   I also threw in a dash of lemon juice to balance the sweetness and the bourbon, then top with hard cider.  This drink packs a punch and makes you cozy on those crisp fall nights! 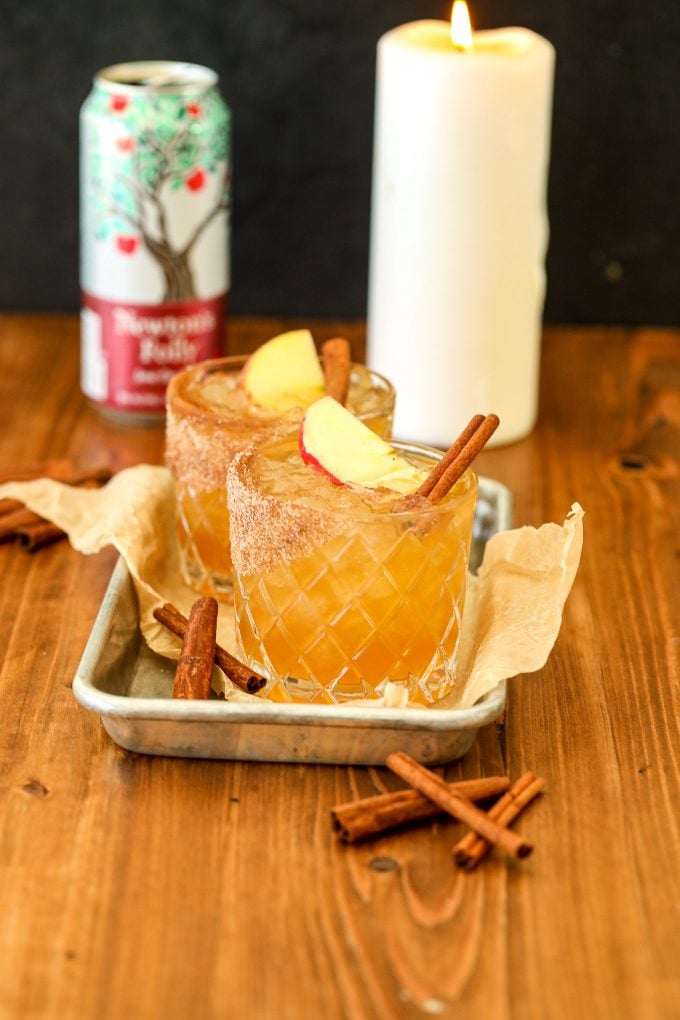 If you like this drink, you will love these other fall cocktails: 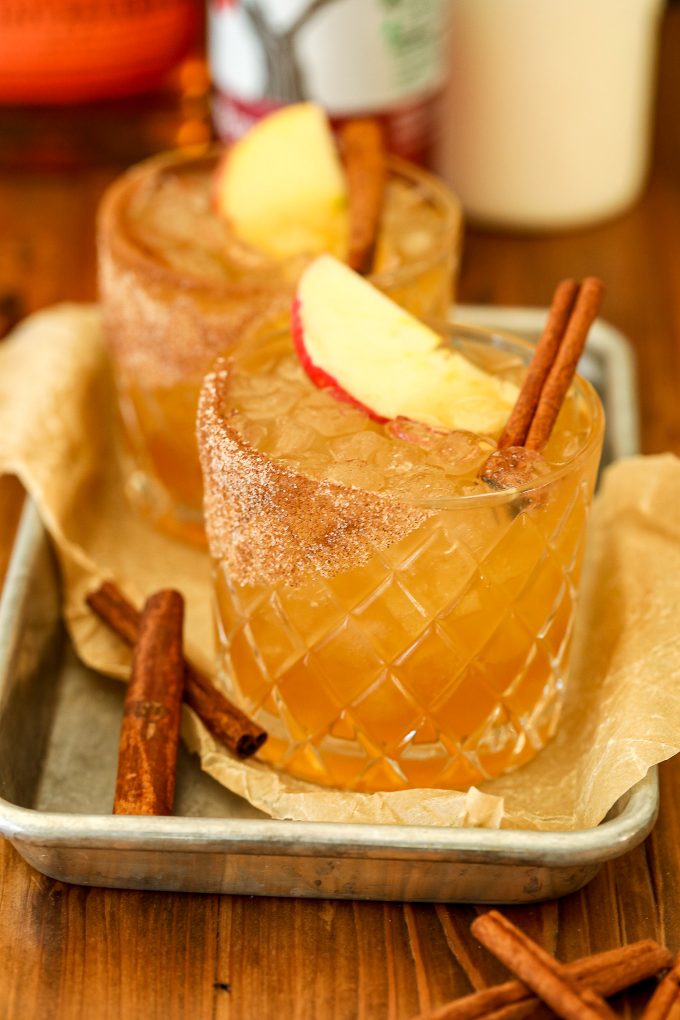 Pin the image below to share and save this Maple Apple Bourbon Spritz recipe for later!