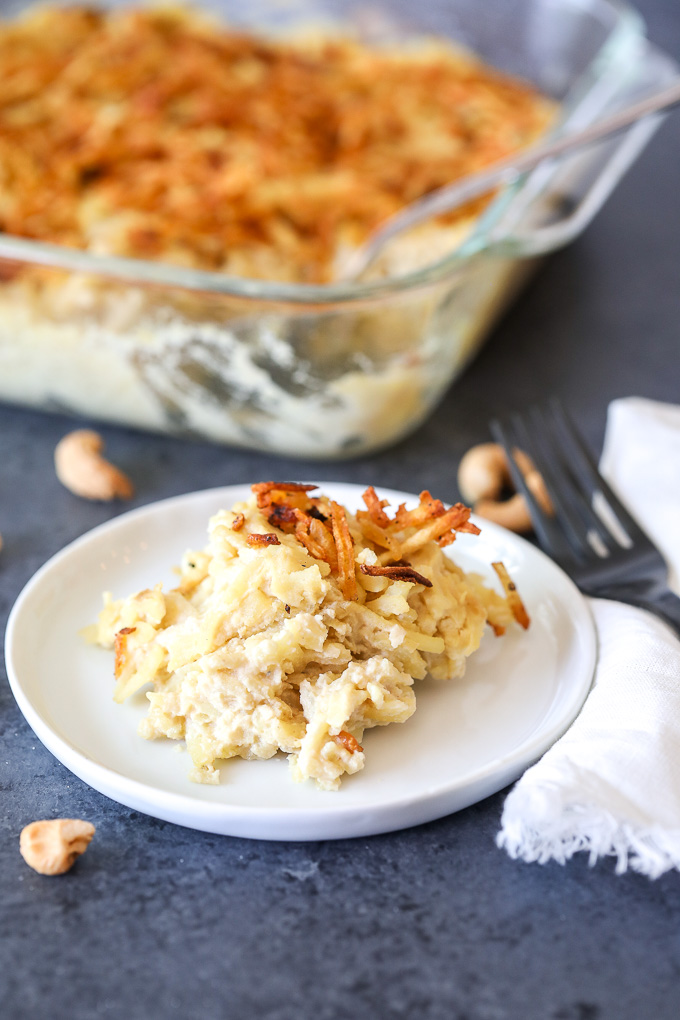 This Creamy Cashew Potato Casserole just happens to be Whole30 compliant… and also happens to have been inspired by something that is just about the opposite of Whole30.  I was getting my nails done a month or so ago and on the TV was the OG food blogger herself, The Pioneer Woman, telling me how to make something called Funeral Potatoes. Her recipe was basically a cheese sauce (milk, flour, chicken broth, LOTS of cheese) mixed with hash browns and topped with crushed potato chips.  Now I was salivating at this point because… YUM, and thought I wonder If I can come anywhere close to this but make it dairy free, grain free and still super delicious.  So of course my first thought was making a cashew cheese sauce because they are always delish.  Then I mixed that with hash browns and topped it with crispy hash browns for a crunch.  When Matt – the potato king – couldn’t stop eating it, I knew we had a winner!  So go, run don’t walk to the store and make this Creamy Cashew Potato Casserole NOW!!

After you have made this casserole, come back and try these others: 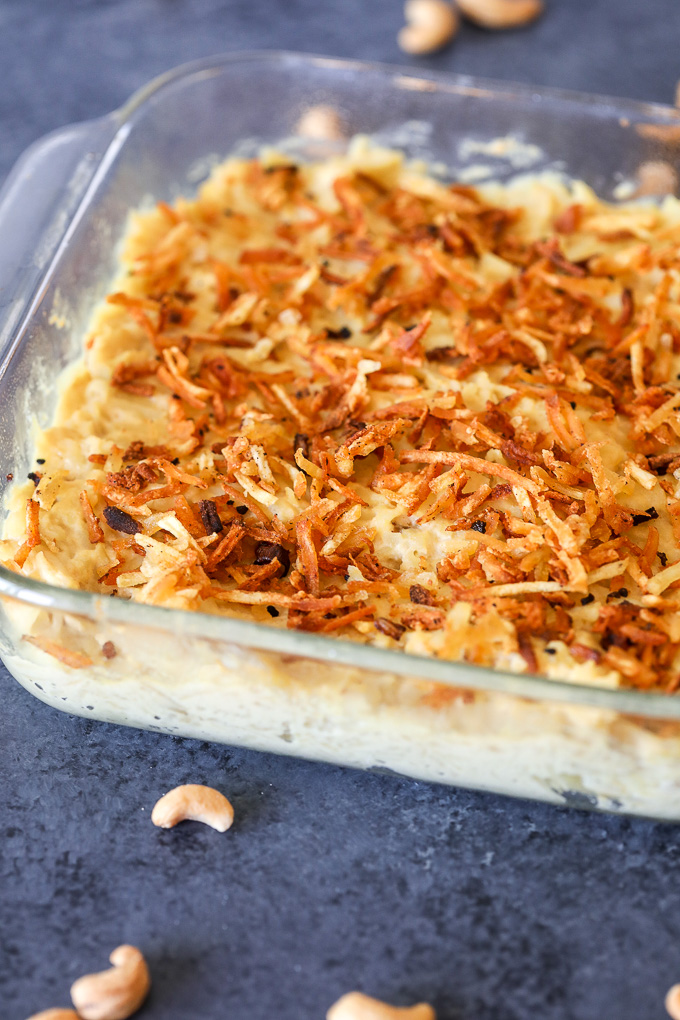 Did you know that cashews grow on trees?  They actually grow inside a fruit that looks very similar to a bell pepper and is referred to as a cashew apple.  When you break it open there is a pit-like nut pod at the top and inside is the cashew. Each apple produces only one cashew.  When you think about everything that goes into it you can see why nuts in general are pretty pricey and the reason is the processing labor that goes into actually getting to the end product.  Cashews are a great energy source and are considered a whole protein. Per 1 ounce, cashews have 157 calories and 5 g protein. This recipe is packed with nutrients and is a great option for a whole 30 or just a non-dairy eater!

Pin the image below to save this Creamy Cashew Potato Casserole recipe for later!

We are participant in the Amazon Services LLC Associates Program, an affiliate advertising program designed to provide a means for us to earn fees by linking to Amazon.com and affiliated sites.
Diet easter Holiday littlebitsof Meal oven paleo Recipes side dish thanksgiving vegan vegetarian whole30