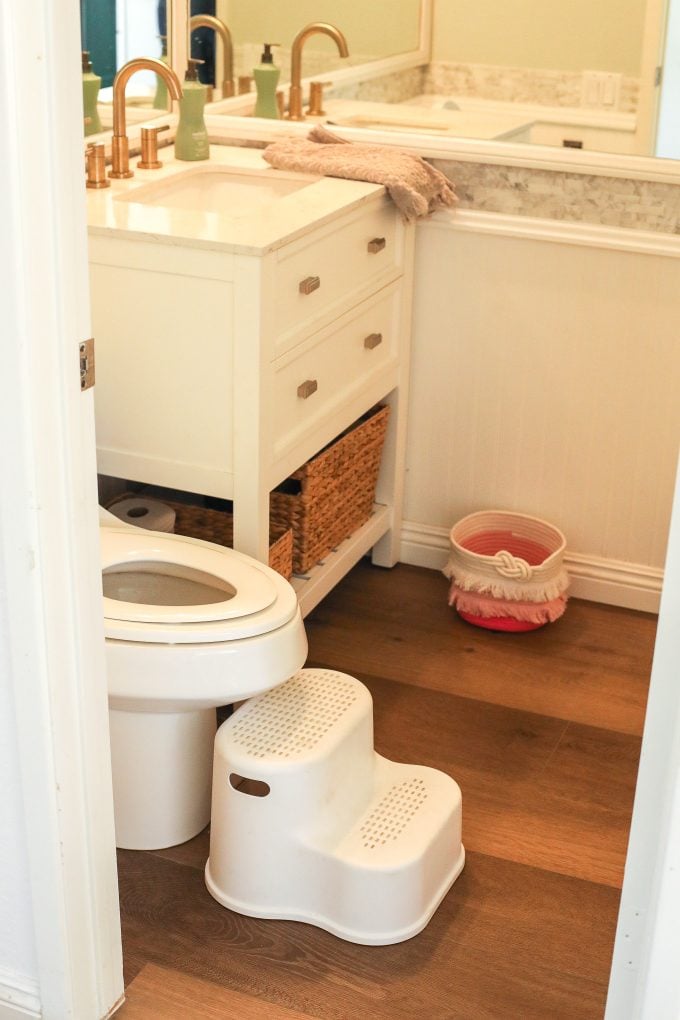 Let’s dive into the fun topic of potty training!! Wow have I learned a lot.  This story involves two stories – one is our first attempt at potty training Ruth when we decided she was ready, and the other is when she actually wanted to and was ready to be potty trained and how that happened.

Back in April, Ruth was 22 months old, super verbal already and I just had a feeling that she was ready to be potty trained.  I read the book “Oh Crap Potty Training” and it confirmed my thoughts that she was ready. She had already started to say potty a few times and would go in the toilet and be excited so I really thought it was time.  I had it in my head that it would be easy and that in 3 days she would have it down. HA! What I didn’t pay attention to was the fact that she was never uncomfortable in full diapers, never went and hid while pooping, or many other signs they say to look for.

In our failed attempt, we did the “Oh Crap” method of having her naked (at least from the waist down) to start off with, if she started to pee on the ground we would just move her over to the potty and say “pee pee goes in the potty!”.  So we did that over and over again for 8 DAYS!  And she wasn’t getting it.  On the 7th day I emailed her Montessori School director for any insight and she sent me the guide for how Montessori handles potty training.  It was so different than I had been doing and said to go right into undies. So on the 8th day I put her in undies and she peed through them without a care in the world the whole day.

SO!  I called it quits and just accepted she was not ready.  Also should mention I had just found out I was pregnant and was about to start feeling sick so I could’t do it all.  She went back in diapers and I had total peace with that – she was only 22 months after all!

Then one day in the beginning of August, Ruth wakes up and says “Mama I want undies, no diapers!!”.  And I stood there thinking “oh man can you wait till tomorrow?! Dad is still at work!”.  But of course I knew I had to take this bull by the horns because she was ASKING to be potty trained.  I think a big reason she got to this point of asking for it its two fold.  One – because of our previous attempt she knew a ton about going potty and she knew we had undies. Two – She had started in her new 2 year old class at Montessori School in the beginning of July, which is the potty training class!  So most of the kids in her class were already using the potty in their classroom throughout the day, and they had been putting Ruth on the potty after changing her diaper.

We also had adopted this method at home since she started the new class and would simply take off her dirty diaper then walk over to the potty and sit on it for a bit.  It usually did not result in going potty or anything, but did help her make the association of diapers and the potty.  It felt like a lot more work at the time but honestly I think it is the reason she was so ready when she was.

Once she told me she wanted undies, I put her in some undies and a t-shirt and we spent the day at home working on it. Already on the first day she only had 3 accidents that started with peeing in her undies but finished on the toilet (out of maybe 8 or 9 pees).  I would tell her about once every 45 mins – an hour that it was potty time and I would have her go sit on the potty.  The second day she started to tell me when she had to go, as well as me putting her on the toilet still.

All along these first few days we were doing it “montessori style”  where we had a little hamper in the bathroom as well as a stash of fresh undies. When she would have an accident we would just have her put her dirty clothes in the hamper and grab new undies.  We also equipped her with a good size step to get up to the toilet as well as a child insert.  A few weeks after we started we swapped the insert for a new toilet seat with a child seat attached and it’s amazing!  At the end of each day I also had her take the small hamper and bring it into the laundry room for me to dump in the washing machine.

One thing I had started to do at the beginning but quickly realized did not work for us, was have a small portable potty in the living room.  Because there is no water in it and it is just a bowl, she would watch herself pee and be able to see how much was coming out, so she would pee just a little then quickly pop up and yell “I DID IT!!”. She never emptied her bladder on the small potty and I realized that was an issue for us. We now only use that small potty outside for when she has to go while swimming in the pool!

So the second day she also only had 3 accidents, then 3rd and 4th day she had no accidents! She has definitely had a few accidents here and there since then but I can pretty confidentially say that she is now potty trained!  In order to make this post into a fun list you can refer to if you are going through it, here is a list of things that I think were most important for us. 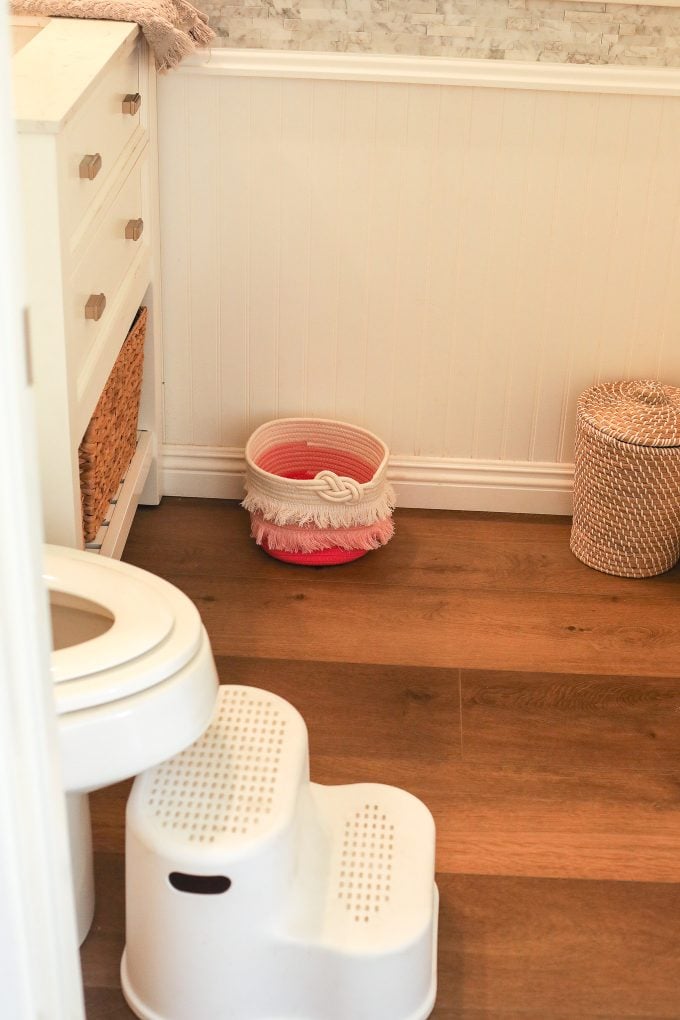 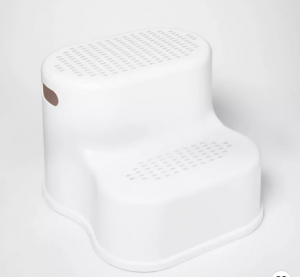 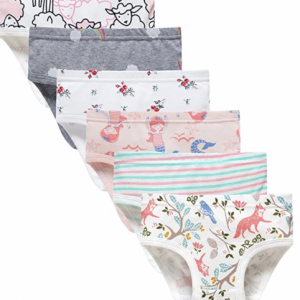 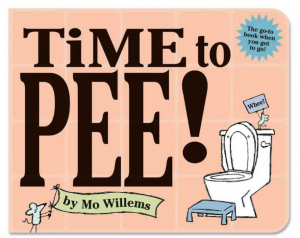 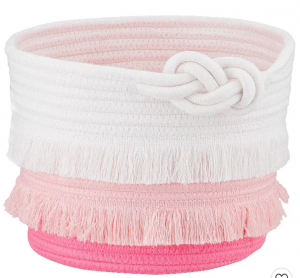 So that is it!  Of course, every kid is so so different so don’t compare your kid to mine if it doesn’t go smoothly.  I am so glad we went back to diapers that first round and didn’t force it or make it a terrible experience for all of us!  I hope these tips help you if you are on this journey!

We are participant in the Amazon Services LLC Associates Program, an affiliate advertising program designed to provide a means for us to earn fees by linking to Amazon.com and affiliated sites.
Favorites Life littlebitsof