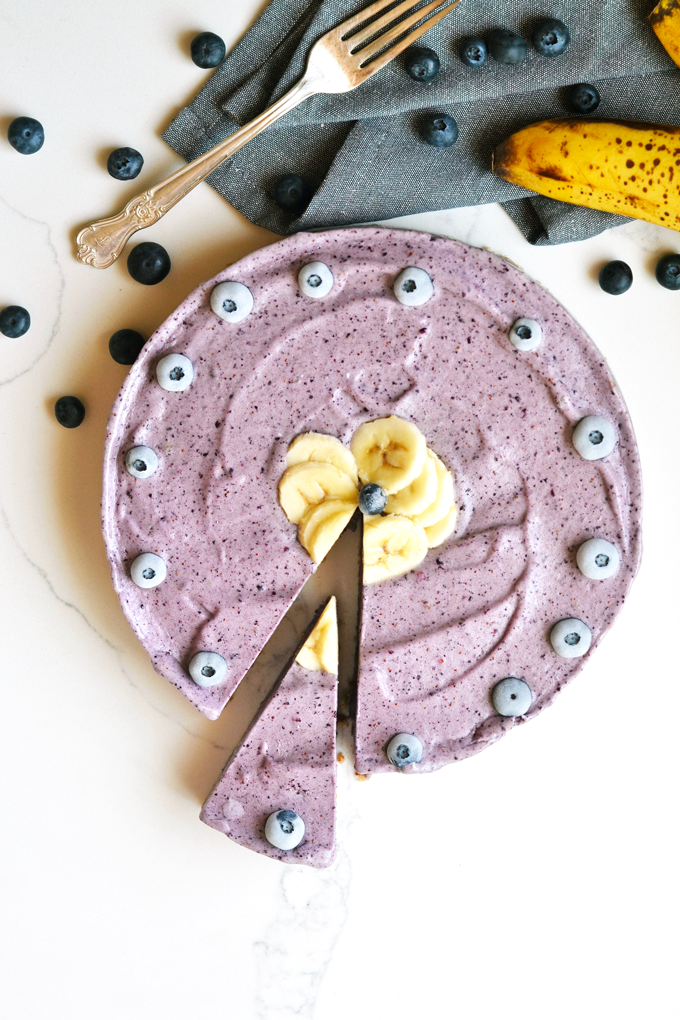 Do you get as happy as I do when your bananas go bad?!  A couple of weeks ago I had a bunch that were super brown and speckled and I couldn’t wait to put them to use!  I asked on instagram stories if you guys would want to see a frozen treat or a baked good and I got a pretty split response.   So this week is frozen and next week I’ll cover baked!  This tart I have made twice – the first time the photos did not turn out well, and I realized after it was much to thin.  So I doubled my original nice cream part and made this thick and PERFECT summer treat!!  This is such a fun dessert to keep in the freezer and have a slice of at night or… let’s be real, this could be breakfast!  I have been chipping away at this one all week because Matt has been at work – i’m about 1/4 of the way through but I am sure when he gets home it will be gone in a day or two!

Speaking of Matt, so many of you are the best and love when he makes appearances on my instagram! I also get a lot of questions about how he eats and if he eats what I make.  And I hate to be annoying… but he does!!  He is such a champ and really loves eating clean too.  He has done the past two Whole30s I did with me and even though he isn’t as enthusiastic about it as I am, he loves the food! We do occasionally buy things that aren’t paleo like bagels or wheat hamburger buns, but find that not having stuff like that in the house is best… or we WILL eat it all!  I talked about this a bit on instagram live on Monday which was super fun!  I plan on doing more live video on IG and Facebook too!  I’ll be sure to keep you posted on that – thinking a weekly thing could be fun!  My favorite part is answering questions from you guys – I love to hear from you!  So todays challenge is to ask me anything you want to know in the comments below.  Or if you don’t have a question, just make this Blueberry Banana Nice Cream Tart and tell me how much you loved it!! 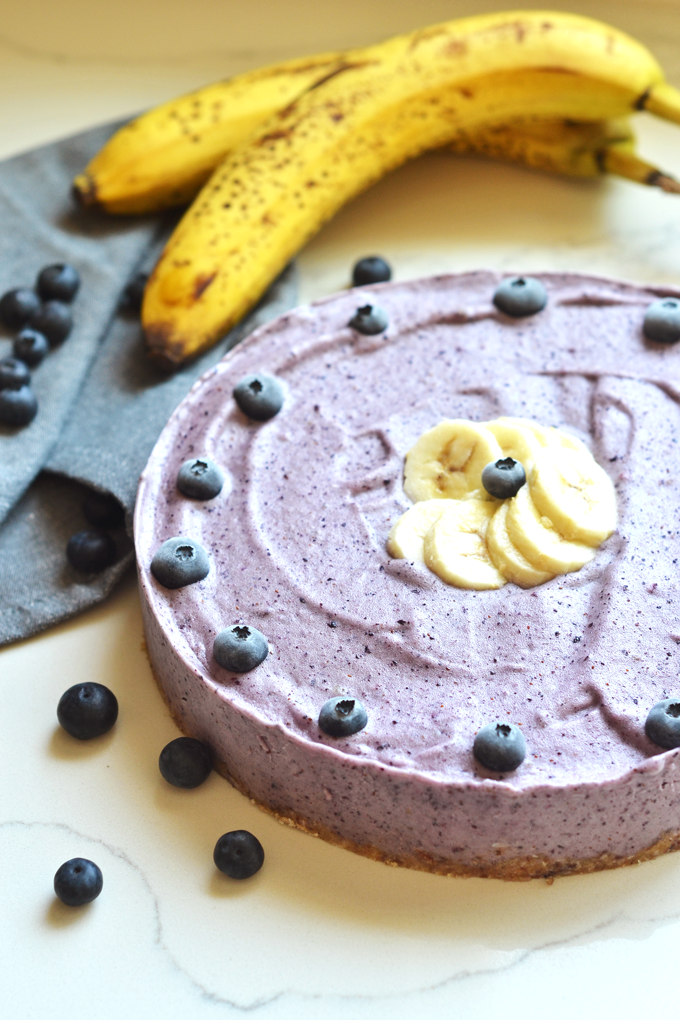 Gotta eat it while it’s cold!! It makes the most beautiful slices! 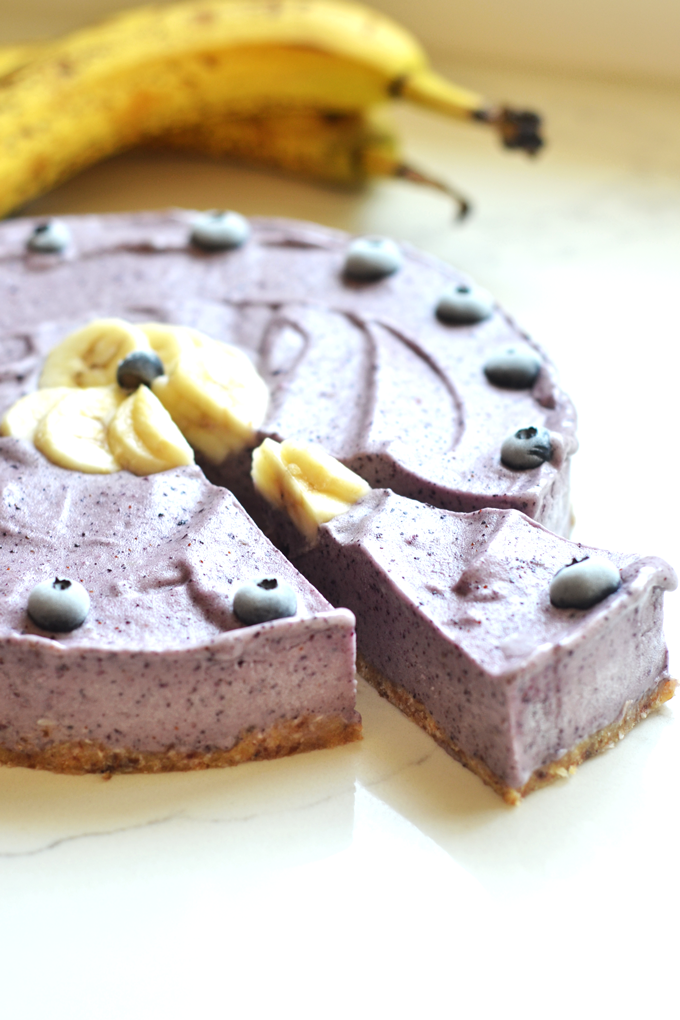 I love the frosted look of fresh blueberries that have been frozen! 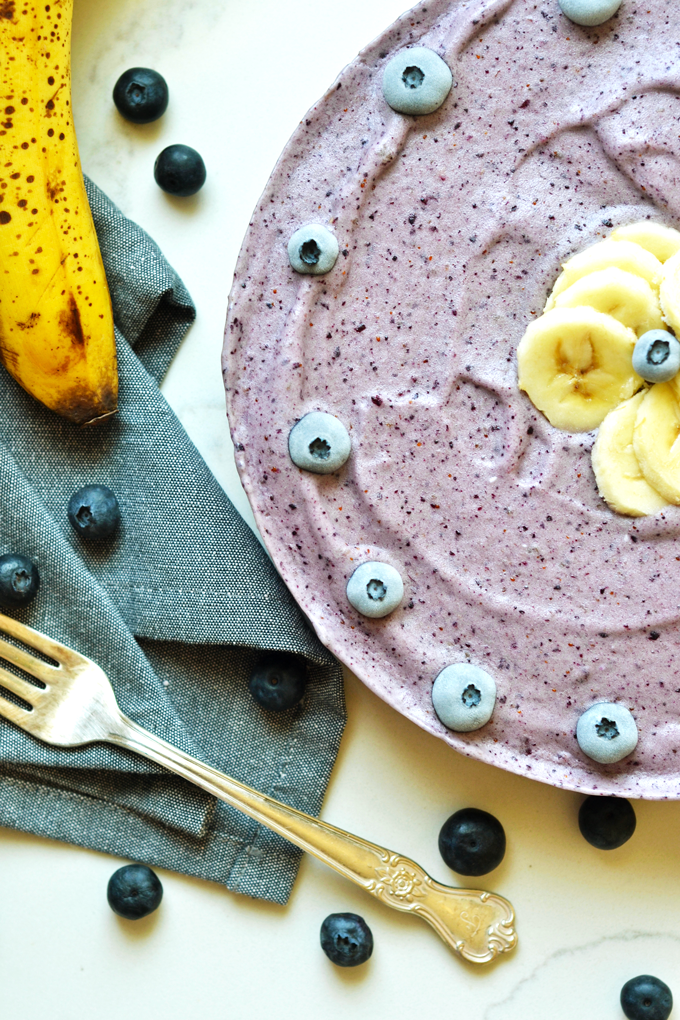 Pin this Blueberry Banana Nice Cream Tart to save it for later!

We are participant in the Amazon Services LLC Associates Program, an affiliate advertising program designed to provide a means for us to earn fees by linking to Amazon.com and affiliated sites.
dessert Diet littlebitsof Meal no bake Recipes snack vegetarian Video